The bonding force between the coatings of the vacuum coater is mainly related to the following factors: 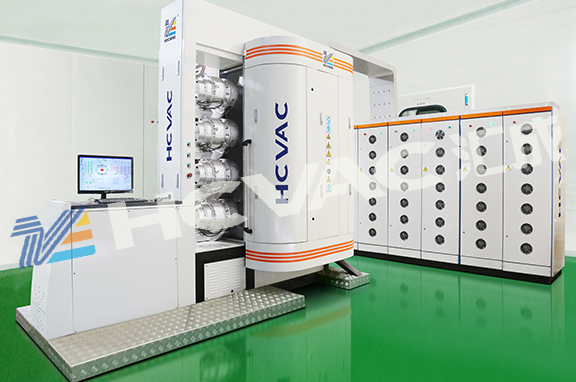 (1) The types and properties of the bottom coating of the vacuum coater. It is generally believed that the copper layer has a good bonding force with a variety of metals. The high-iron nickel-iron alloy with iron content as high as about 30% will also produce a replacement copper layer in the acid copper solution, so it cannot be used for bright acid copper primer.

(2) The brightness of the bottom coating of the PVD coating machine. The brighter the vacuum coating is, the worse the adhesion to other coatings may be.
(3) The cleanliness of the bottom coating surface of the PVD coating machine. Typically, after plating bright copper sulfate, an organic film passivation layer is often formed, which should be removed. Don't believe the propaganda of acid copper brighteners that claim that there is no need to remove the film after plating, and do not consider the removal process in the process design. This is because even if the film does not need to be removed when the new solution is formulated, a hydrophobic organic film layer will be produced when the organic impurities in the bright copper solution accumulate or the proportion of the added brightener is out of balance. As we all know, polyethylene glycol is almost an indispensable component in all acid copper brighteners, and the greater the amount of polyethylene glycol entrapped in the coating, the easier it is to form a hydrophobic film.
(4) Passivation of the bottom coating of the PVD coating machine. The easier the passivation of the coating, the worse the adhesion of the coating. Nickel is easy to passivate metal. The nickel plating process is interrupted and the power pair is slightly longer. The nickel plating layer will be chemically passivated in the nickel plating solution; if the bipolar electrode phenomenon is not effectively avoided (see the fourth lecture for details); Part of the anode part of the workpiece will be severely electrochemically passivated, and special attention should be paid when plating multi-county nickel. Chromium is more passivated than nickel, so chromium plating on chromium must be well activated. There are also many cases of chromium plating on chromium, such as: secondary chromium coating when the primary deep plating ability of decorative chromium is poor; in order to take into account corrosion resistance and wear resistance, hard chromium plating on milky white chromium (basically no cracks); The electroplating of molybdenum and molybdenum alloy requires chromium plating as a primer.